Theodor “Ted” Walker Buhl, 77, of Carey, died at 12:35 p.m. on Saturday, Oct. 12, 2019, at St. Vincent Mercy Medical Center in Toledo, with his family by his side.
Born Dec. 30, 1941, in Germantown, Pa., he was the son of the late Walter and Esther (Theurer) Buhl. He married Brenda Kurtz on Nov. 12, 1982. Brenda preceded him in death on Sept. 14, 2017.
Ted is survived by his daughters, Sarah Marie (John) Schutt of Carey, and Kristin Ann (Jeremy) Stringfellow of Upper Sandusky; three grandchildren, to whom he devoted his life, Oliver, Reese and Jameson Stringfellow; and a brother, Fred Buhl of El Cerrito, Calif. He is also survived by four nieces, Anita Stechshulte, Laura Conti, Tracy Dillion and Natasha Buhl; a nephew, Zachary Coppler; and three great nephews, Bryce Conti and Bennett and Bronson Stechshulte.
He was preceded in death by a niece, Gail Coppler.
Ted graduated from George Washington University in 1965 with a bachelor of arts in political science. He was commissioned in the U.S. Air Force and served as a missile launch officer until 1968 when he attended navigator school. He had a combat tour in Southeast Asia and four years in England flying the F-4D aircraft. He ended his service as an instructor at the Fighter Lead-in School. He moved to Carey and worked at Toledo Molding and Die and later at InterMetro. He retired as an industrial recruiter. After retiring from industrial operations, he enjoyed driving bus for Bliss Charters in Fostoria.
Friends will be received from 2-4 p.m. and 6-8 p.m. on Wednesday, Oct. 16, at Stombaugh-Batton Funeral Home in Carey.
A memorial service will be held at 11 a.m. on Thursday, Oct. 17, at the funeral home with Brother Randy Kin officiating. Burial will follow at St. Joseph Catholic Church near Upper Sandusky. Military graveside rites will be conducted by the Carey Honor Guard.
In lieu of flowers, memorial contributions may be made to St. Peter’s Catholic School and sent to Stombaugh-Batton Funeral Home, 225 W. Findlay Street, Carey, OH 43316.
Online condolences may be sent to www.stombaughbatton.com. 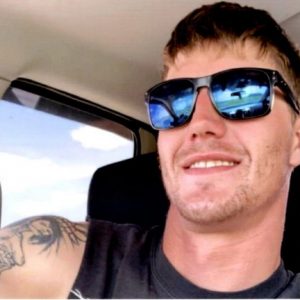