Roger Lee woods, 72, joined the Lord on Aug. 31, 2020. Roger left this world a fighter, with so many people who loved him. He lived life to the fullest and left an amazing legacy for this world.
He married the love of his life, Rose Ann Wenner, April 8, 1966, and they celebrated 54 years of unconditional love. Their favorite pastime was traveling North America extensively together through the years, visiting almost all 50 states at least once. His family was his greatest accomplishment and this was illustrated by the unwavering support he continuously provided them.
He is survived by two children, Scott (Tonia) Woods and Tamara Hailey; six grandchildren, Roger (Julia) Myers, Alexandra (Nathan) Schalk, Victoria (Chadd) Clifford, Joseph Myers, Gavin Woods and Lance Woods; and one great-grandson, Forrest Myers. He would move Heaven and Earth for his family.
Roger was born in Coalwood, W.Va., to Carlie and Edna Woods. His mother, Edna, survives him, along with a brother, Irvin (Janice) Woods, and a sister, Susie (Alan) Pelphrey.
Roger’s work ethic and intelligence went unmatched. He dedicated 26 years of his life to Vaughn Industries, working with his good friend Ronnie Vaughn. He had a love for gadgets, predicting the stock market, politics, good food and fishing. Retirement treated Roger and Rose well and for the last 20 years they were “snow birds” in Texas, their second home. Summers included work on the farm, driving his tractors and ATVs. He was a fierce lover of football season and nothing brought him greater joy than spending time with his family. He was always sure to ask his grandkids, “What do you know for sure?” Those who knew him were sure to experience his stubborn personality and his list for life. He will be greatly missed by so many.
All services are private.
Memorial contributions can be made to the Carey High School football and boys track programs and sent to Stombaugh-Batton Funeral Home, 225 W. Findlay Street, Carey, OH 43316.
Online condolences can be expressed at StombaughBatton.com. 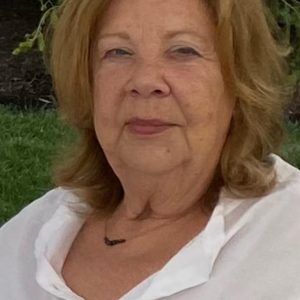