Owen Lee Burks, 87, of Tiffin, passed away Monday, Sept. 19, 2022.
Owen was born on Dec. 22, 1934, the fourth of 12 children, in Carey, to the late George and Oleta (Dible) Burks. He grew up on the Burks family farm outside of McCutchenville and graduated from McCutchenville High School in 1952.
Owen met the love of his life, Phyllis, before their senior and junior years. It was love at first sight for him. The two married May 27, 1953, sharing their lives together for over 70 years.
Owen loved farming. He and Phyllis farmed together and raised their family on the Burks family farm outside of Tiffin. Owen farmed his whole life.
Another passion in life was raising, training and racing standardbred horses. He helped his father until his untimely passing at which point Owen continued his father’s passion of harness racing. One of them being his prized mare, Mary Mel who won a World’s Record for two-year-old Pacers in 1976.
Owen was a quiet man believing that you could learn more by listening. His priorities in life were his family and faith. Phyllis and Owen hosted his family’s Thanksgiving for 20 years where 100+ siblings, nieces, nephews, etc. would attend. Owen and Phyllis were members of Family of Faith Church in Tiffin.
Owen will be deeply missed by his wife, Phyllis; children, John (Susan) Burks of Tiffin, Melanie (Gary) Yundt of Bellevue, Mary Ann (Don) Lobdell of Seattle; grandchildren, Zachary (Beth) Burks, Aaron (Katie) Burks, Gregory (Maureen) Burks, Ryan (Kelly) Lease, Miranda (Nate) Stout, Ricci (Jay) Blizzard, Michael (Brandy) Lobdell and Nikki (Jacob) Munoz; 17 great-grandchildren; siblings, Floy Swerlein, Carl Burks, Lois (Jerry) Wolber, Virginia (Ed) Berberick, Helen (Mike) Jinks, Paul (Lynn) Burks and Fred Burks; along with countless nieces and nephews.
In addition to his parents, Owen was preceded in death by siblings, Donald Burks, Clyde Burks, Eva Pahl and Mary Latham.
Visitation will be held at Stombaugh-Batton Funeral Home, Carey, Sunday, Sept. 25, from 2-4 p.m. A funeral will be celebrated in Owen’s honor at 4 p.m. Burial will take place at a later date at Spring Grove Cemetery, Carey.
In lieu of flowers donations may be made in Owen’s honor to The American Heart Association, St. Jude’s Children Hospital or The Family of Faith’s Building Fund.
Online condolences may be expressed by visiting www.StombaughBatton.com. 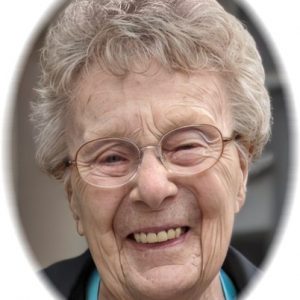