Kenneth F. Bakies, 81, of Findlay, passed away peacefully at 9:20 p.m. on Monday, June 6, 2022, at his residence surrounded by his family.
Born Feb. 23, 1941, in Carey, he was the son of Edward N. and Cornelia (Seifker) Bakies Sr. He married Roberta McLaughlin and they were divorced. With the help of mutual friends, Kenneth was introduced to Cheryl Yingling and on June 14, 1980, they married. Cheryl survives in Findlay.
Ken graduated from Carey High School in 1960. He worked different jobs over the years, but will be best remembered for his years at Dow Chemical and Whirlpool Corporation, which are both located in Findlay. He retired from Whirlpool in 1995 after 28 years as an electronic technician. He had the privilege of working on the first robot brought into the factory.
Ken was truly a “jack of all trades.” He and Cheryl basically built their house near Findlay. Ken was the “go to guy” for everyone in the family, especially when it came to anything electronic. He was a self-taught master electrician, as well as a self-taught pilot. He had a passion for space and all things that flew. It started with RC airplanes, to hang gliding, to his pride and joy, an ultralight plane he and his brother, Harold, built in the mid-1990s.
In his younger years, Ken enjoyed camping with his family and riding his Honda motorcycle with his son. During his retirement years, he enjoyed being with his family and grabbing breakfast with his buddies and reminiscing about days gone by. He loved spending time in the woods by his home, tending to everyday yardwork and tinkering in the garage.
Ken was born and raised Catholic and attended the Basilica of Our Lady of Consolation in Carey.
Ken is survived by his wife, Cheryl; two children, Scott (Patricia) Bakies and Lee Ann (Les) Crawford, both of Findlay; seven grandchildren, Ashley, Angela, Elijah, Randy, Justin, Mandi and Bettye; and 8 ¾ great grandchildren.
Preceding him in death were his parents; a step-son, Brian McQuistion; four brothers, Edward Jr., Robert, Harold and Leonard Bakies; and two sisters, Eleanor Carnicom and Anges Ritter.
Visitation will be held from 4-7 p.m. Thursday, June 9, at Stombaugh-Batton Funeral Home in Carey, where a scripture service will be held at 7 p.m. A mass of Christian burial will be held at 11 a.m. Friday, June 10, at the Basilica of Our Lady of Consolation in Carey, with the Rev. Tom Merrill, OFM Conv., officiating. Burial will follow at St. Mary’s Cemetery in Carey.
Memorial contributions may be made to Bridge Home Health and Hospice, OLC School or Alzheimer’s Research and sent to the funeral home.
Condolences may be shared with the family via www.StombaughBatton.com. 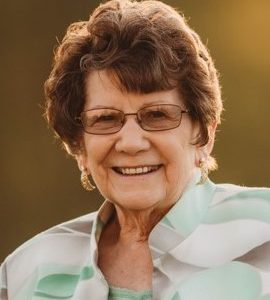 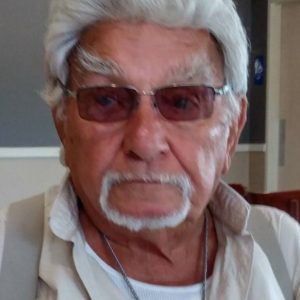